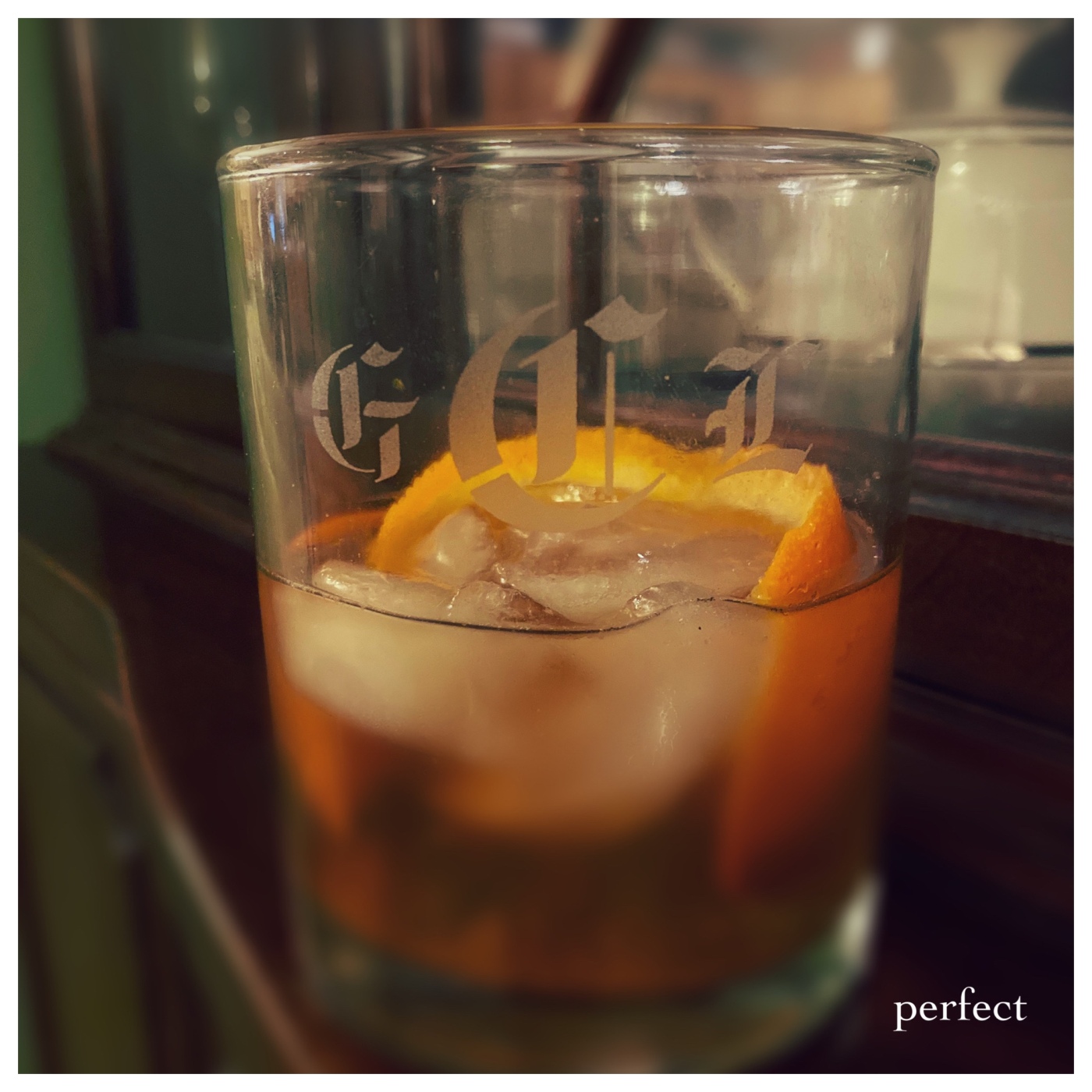 She always ordered a perfect Rob Roy, with a lemon twist and olives. In a rocks glass. With lots of rocks and rail scotch. And an extra glass of rocks for good measure.

Woe to the server and bartender who were not familiar with this 1890s era cocktail. It’s the lesser known cousin of the Manhattan, so to find a restaurant with a bartender who never had to ask twice… that was gold to Grandma and a place worth coming back to.

Grandma had a rhythm. She’d perfected it over the years.

Trying to disrupt the rhythm was risky business. Mom successfully got Grandma hooked on blue cheese stuffed olives. Achievement unlocked. Dad tried and failed to get her to choose better scotch (for what it’s worth I completely agreed with you Dad).

When she moved into the assisted living facility I came to visit. We talked about our ancestry and everything I had learned from our DNA tests and tree searches. I told her about her cousin Lloyd from Germany who helped me translate records. I asked if she knew the tiny glass mug in her cabinet was from her mother’s hometown which I’d visited, and she asked if I wanted it.

She told me she still had more stuff “at the house” that she didn’t bring with her to her knew place, and asked if I wanted anything. I asked her if I could have this glass that has both her and Grandpa’s initials on it. She asked if I like scotch, and that sealed the deal.

Later that same day there was a “Happy Hour” in one of the common areas as the facility. Tables generously placed apart to allow for walkers and wheelchairs, a gentleman playing guitar, singing and taking requests. And free wine, sure to bring the crowd.

The room filled up with other residents. Some cautiously kept their distance, others sat right up front and clapped and sang. And one couple got up to dance. The husband did all the work, with his arm all the way around her tiny waist, holding her up off the floor. He looked at her like they were teenagers, letting the memory hold the moment captive.

We sat at a table by the window and drank German wine together. Riesling like your wedding she said, and I smiled that she remembered. We sang along to the songs, took silly selfies, and laughed.

That is my last memory with her. And I am lucky, it is perfect.

In case you’re curious, Rob Roy was the name of an operetta that premiered in the late 1890s. The operetta was based on Robert Roy MacGregor, a 17th century Scottish outlaw often compared to Robin Hood. Though exact origins are disputed, some believe a bartender at the Waldorf Astoria in Manhattan came up with the cocktail to honor the premier of the operetta, not the outlaw.