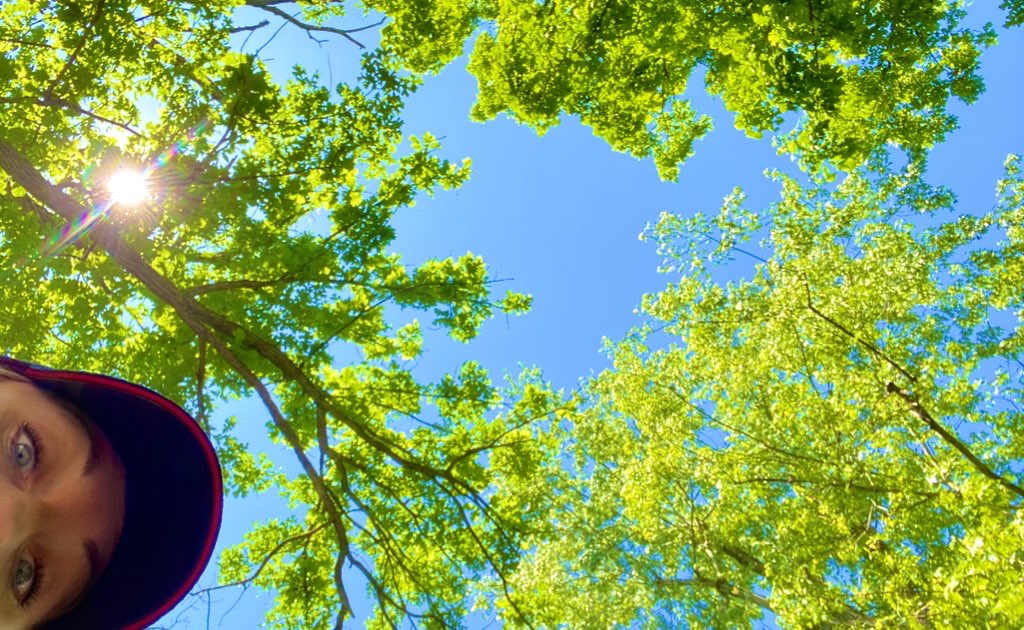 Tik Tok is an app for storytellers. Short bursts of (short) storytelling.

It is really easy to get lost on Tik Tok for an hour. You’re exposed to a multitude of perspectives that aren’t your own. You see life from someone else’s angle. From their vantage point. Their humor. Their experience. Their trauma. Their talent. Their skill.

Stories are powerful. They are the engine behind books you can’t put down and the movie you have to watch to the end. They are the fuel of the show whose reunion you had to watch, because years later the stories are still embedded in your brain.

You may not have thought much about it, but you are a mention, a paragraph or several chapters in someone else’s story. Just as others have that role in yours.

And stories have turns. Moments that shift the outcome, that change people… What is the twist in your storyline?

For some it was something unexpected that happened to you. Whether tragedy or serendipity, you were forced on an exit ramp, down the detour.

But other plot twists were a result of your action. Some from choices you’d go back and change. But for others, their origins came from a moment where you looked up, and out, and noticed something for the first time. When the sun peeked through, when you saw a peak you wanted to summit, when something or someone piqued your interest.

You can tweak your story. You can impact the ending. You can choose a different adventure but it requires a few things.

In a world of assumptions, I feel compelled to clarify a few things so you know I’m not living in a rainbow fantasy filled optimism bubble. You can’t change the previous chapters. I’m also not implying that this is easy, nor am I implying you can architect the outcome with a blue print. You can’t pray or speak things into existence or any New Age-y imposter Christianity nonsense like that.

There are some things you can’t change. God may change them if he chooses but you can’t make someone else who is nasty, be kind. You can’t change your finances overnight. I won’t give you the laundry list. You know what’s on your “wish I could change it but its not in my control” list.

We tend to think about life in terms of big moments, but it’s the small shifts that change trajectories. An asteroid that moves a few degrees will either hit Earth or miss it. A few degrees does not seem like a lot but the outcome is cosmically different.

There are changes I have witnessed among friends, family, former coworkers, and myself, who chose to pay attention to what was going on, and with intention made one different choice. Look for the pattern. Everyone changed one thing. One daily or weekly habit that was started, stopped or tweaked, like adjusting the angle by a few degrees… and it changed everything.

No one got rich. No one’s sickness was miraculously cured. But each story took a plot twist that created new chapters and new characters that otherwise would not have existed in the storyline.

When you make a change you need to keep your head up more and look for the opportunities to be interrupted. You’re looking for and forward to the chance to interact, to reflect and to see joy or be joy. Influence your next chapter:

Show up. Go inside instead of using a drive thru. Look someone in the eye and say please and thank you. Ask them how they are. Use the name on their name tag. Become the customer they look forward to. You may have to leave a little earlier. That’s a change, too.

Volunteer. If you are bored or lonely, someone else is waiting for you to show up. You are needed. Choose to be the answered prayer. Meet new people. Develop empathy. Be their plot twist, while this changes yours.

Stop. Checking your phone when you first wake up and right before you go to bed. What you consume impacts your mood. Scrolling when you are lonely can make things feel worse than they are.

Take the stairs. Just take another route. Other roads, other modes of transportation, other paths. You’ll see different things, different people, keeping your mind alert and introducing you to something you might intentionally choose that you hadn’t considered.

Write a note. And mail it. Yes write on a paper with a pen and send something in the mail with a stamp. It slows you down. And the someone who receives it gets something more welcoming than a bill or marketing fodder. You might have to go to the post office to get a stamp. This is another example of something new for you. Observe others. Interact with others. Encourage others.

My Papa had a weekly habit.

He used to go to the bank, go inside, and just talk to the tellers. He had a lot of little CDs at different banks. But each bank he went in and talked to people face to face. He made them feel special, seen and that their job was valuable. Our family had no idea until after he died. My mother found out all of these little accounts existed and went bank to bank across Chicago to close them. When she walked in and said who she was, they all knew Bruno. “Oh you’re Bruno’s daughter!” they would exclaim. And they would share stories about him. He was multiple paragraphs in their lives that brought them joy. It would have been more efficient to just read the statements he was mailed each month. Or call the bank to make a transfer. But he chose a different path. It impacted them. It impacted my mother. Knowing this story has impacted me.

Go change the trajectory of your next chapter.

Go be a good chapter in someone else’s story.

Notice the sun peeking through, and pause to watch it shine.